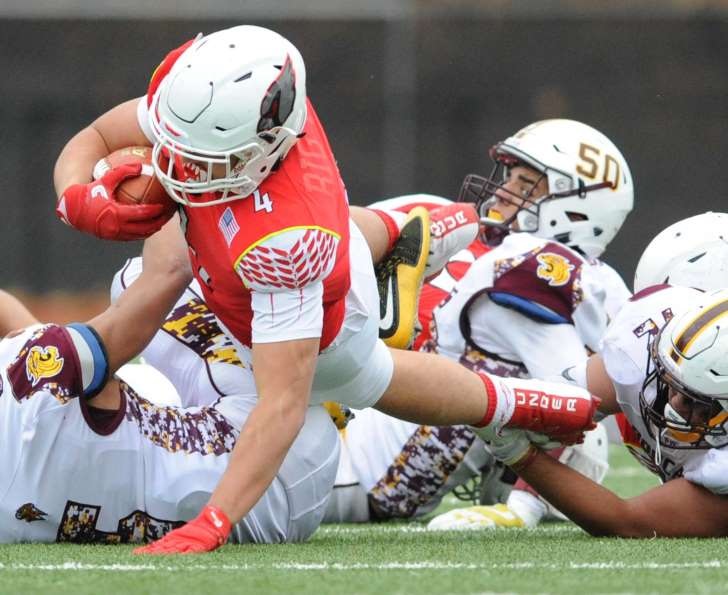 One play, one touchdown. That’s how Sunday’s CIAC Class LL semifinal game began for the Greenwich High football team, which wasted little time in taking the lead on a South Windsor squad that aims to play from ahead and control the tempo.

Junior quarterback Gavin Muir’s 63-yard touchdown pass to junior wide receiver Stephen Bennett on the first play from scrimmage was a good omen for the Cardinals, who used big plays to reach a destination it hasn’t been to in a decade — the state finals.

** The question now is, who will win the Class LL championship? Find out 11 am this Saturday December 9th @ Boyle Stadium in Stamford. Greenwich will play Darien. Show up and support our team!! #GoCardinals